Pestmaster Services was founded by Jeff Van Diepen in 1979 in the small community of Bishop California. The high level of success in the early years with a balanced business approach that included residential, commercial, local, state and federal contracts, it became Jeff’s mission to grow the company to become a national brand using his proven model of success. This model was focused on three major areas of service: Pest Control, Vegetation Management and Health Related/ Vector Control, all of which are still the foundation of the company today.

From Humble Beginnings in 1979 To a National Brand Today It became clear that service capability expansion and narrowing core target markets were successful for the small town start-up and geographic expansion opportunities began presenting themselves. Such opportunities created the foundation that would support a regional, then national franchise system and Pestmaster Services was born. Our historically successful “turn-key” model of success was the perfect road map and just what the independent franchise operators could count on. 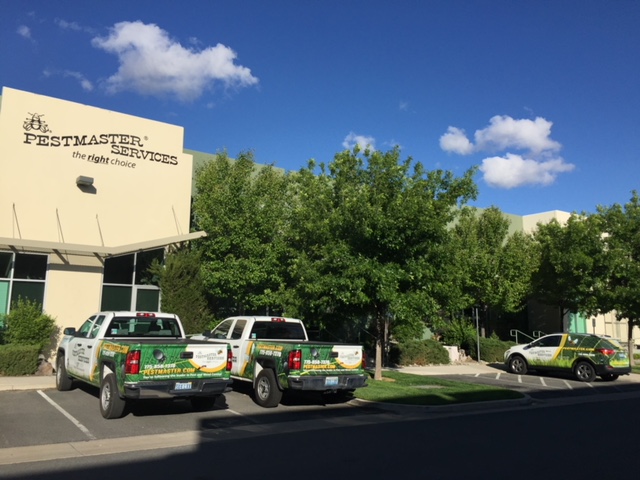 Pestmaster is both an innovative and environmentally sensitive pest management services provider. With a unique, progressive, and extremely successful franchise business model, Pestmaster professionals provide state of the art, scientifically-based integrated pest management solutions for the most challenging pestiferous problems. Pestmaster, a 21st century organization that is leading the way in the fast growing pest management industry.

I’ve been in the industry for years and I can’t tell you just how valuable the Pestmaster franchise opportunity really is. I have much greater access to identifying and getting potent government contracts with the help and assistance from the corporate office. We would not be nearly as successful as we are today, had we not purchased a Pestmaster Franchise.

In today’s pest control business environment, we all need some sort of competitive edge and Pestmaster has definitely given us the edge we needed to set us apart from the competition.

Pestmaster® has been the best investment I’ve ever made in my life!

We had options, but if we hadn’t decided on a Pestmaster Services franchise, we could not have gone from just one to several employees in less than one year of purchasing the franchise. Without the franchise, we would not have known about the high-dollar pest control services opportunities such as West Point Academy and we would certainly not have become the successful contract bidder that we are today.

I owned my own small pest control business for six years before I decided to buy a national brand franchise. The amount of business I was able to produce in those six years was doubled in just my first year with Pestmaster Services. Joining the Pestmaster brand was an excellent choice for me and for the future of my business.

I knew I was ready to start a business and looked for a long time but could not find my value-added proposition What could I do better than anyone else to distinguish me from the others in any industry? I have always been a technical person, so I was not confident in my ability to start a brand and market it. I also didn’t want to start from zero without help and support in my new adventure. For these reasons I looked into franchising opportunities and quickly found Pestmaster Services. They provided the value-added proposition, branding, marketing and support that I was looking for. The business model works and the people in the PFN will help you succeed.

The Pestmaster Franchise Network has enabled me to secure government contracts and group pricing with several vendors. The training from our entomologist and combined experience is incredibly valuable. It is a great network of knowledge, experience, and Camaraderie.”

I would like to take a minute and thank you all for the incredible hospitality you all showed me.  You all contributed to a successful experience for me and I hope I can make you all proud by building a successful business in the mountains of PA and the suburbs of NJ.  Thank you again, this trip was a huge success and it would have not been possible without each and every one of you.

NOTE: This web site is not a franchise offering. A franchise offering can be made by us in a state where we are first registered, excluded, exempted, or otherwise qualified to offer franchises in that state, and only if we provide you with a Franchise Disclosure Document. Individualized responses or communications to you that involve either effecting or attempting to effect the sale of a franchise will be made only if we are first in compliance with state registration requirements, or are covered by an applicable state exclusion or exemption.